Meet the Vein and Vascular Team

Meet the Vein and Vascular Team

Dr. Sun is a board certified Radiologist, fellowship-trained Vascular and Interventional Radiologist who has been in practice at TRA treating arterial and venous disease for nearly 20 years. In 2004, with a special interest in venous disease, he was one of the first to introduce endovenous laser ablation to the South Sound for the treatment of varicose veins and venous stasis ulcers. This was a major advancement over the standard surgical stripping, which was significantly more invasive and less well tolerated.  More recently he has introduced to the Tacoma area, a new non-thermal, adhesive based ablation technique for treatment of varicose veins and venous stasis ulcers.  This new method is even better tolerated by patients, making vein ablation not much more invasive than placing an IV. 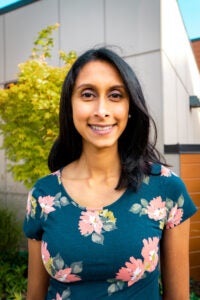 Dr. Baheti is a board certified Radiologist, fellowship-trained Vascular and Interventional Radiologist, and a Diplomate of the American Board of Venous and Lymphatic Medicine (ABVLM). She is subspecialized in the care of arterial and venous disease, including deep venous thrombosis, varicose veins, superficial venous disease, post-thrombotic syndrome, and pelvic congestion syndrome. She has additional credentials as a registered physician in vascular interpretation (RPVI). She is a venous disease specialist dedicated to the diagnosis and treatment of medical vein disorders using image-guided, minimally-invasive endovascular techniques.

Dr. Flanagan is an Interventional Radiologist and limb salvage specialist. He specializes in vascular disease of the lower extremities, with a special interest in arterial disease. He worked at the National Institutes of Health prior to entering the medical field, performing basic molecular biology research. After completing medical school at the University of Southern California, he continued training in both southern and northern California before coming home to the Pacific Northwest to complete his training at the University of Washington and the Seattle VA hospital. His time treating veterans was especially fulfilling, as he has multiple veterans in his family. When he isn’t performing minimally invasive vascular procedures, Dr. Flanagan is probably snow skiing, hiking, running, cycling or doing CrossFit. 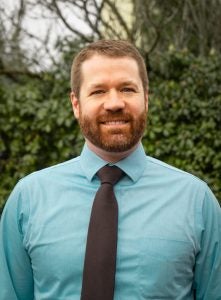 Dr. All is an Interventional Radiologist. He graduated from the Medical University of South Carolina College of Medicine in 2009, finished his fellowship and residency at the University of Virginia Healthcare System in Charlottesville, VA and has worked in radiology across the U.S. ever since, in South Carolina, Virginia, Oregon and now in western Washington. Dr. All belongs to the society of Interventional Radiology and the Radiological Society of North America.